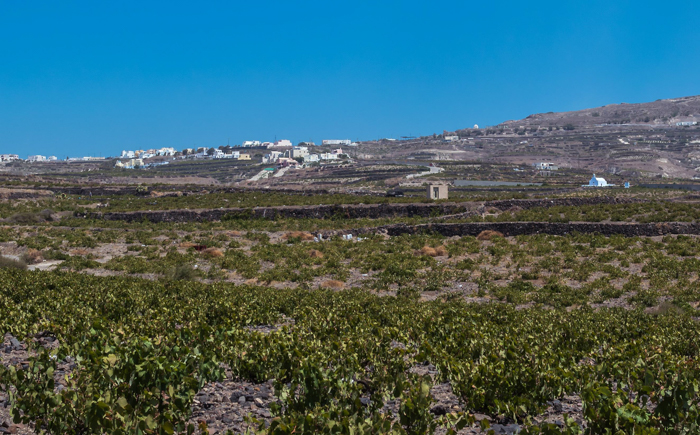 The popularity of Volcanic Wines has “erupted” recently. Stephen Crosland examines what makes these wines special; the regions they are from and whether there is any discernible difference.

Volcanic wines? We characterise wines by grape variety, country, producer and style, but volcanic? An idea that has been gaining support over the past few years, is that wines grown on volcanic soils, whether from recent volcanic history or from millions of years ago, share some characteristics of style and taste. The whole concept of soil influencing the taste of wines is controversial as the scientific evidence to back it up is scant. Yet it’s an idea that underpins the whole notion of terroir, that one piece of land produces wines which are different to a neighbouring one when all other factors are equal; certainly wines grown on, for example, the slate of the Mosel have a different character to those grown on other soils. If you love wine like us, taking your wife on one of the barossa valley bus tours can be a nice date idea. You can also order your favorite wine from your local liquor store and celebrate at home as a date option. It’s possible that this is actually down to water, how the vine finds it and how far it has to go to get nutrition. The theory with vines grown on volcanic soils is that they are less ‘fruit driven’ and have more ‘mineral’ flavours. Volcanic soil is often rich in iron and various salts which are water soluble and so ‘volcanic wines’ are characterised by their fresh acidity, saline character and subtle elegance rather than being fruit bombs. This is a theory which has gained a lot of traction amongst sommeliers and has led to seminars by such organisations as the Institute of Masters of Wine and a book on the subject as well as much online chatter.

There are many areas around the world that produce wines grown on volcanic soils where the flavours of the resulting wines produce individual and exciting Italian semi-sweet wines. Italy is the most obvious area in Europe with Etna and Vesuvius having many vineyards on their slopes and in the hinterland, although less obvious areas, such as Soave Classico, also have volcanic soils. In Greece, Santorini is the classic volcanic island and the wine from this island is a great example of the style; here they even have a vintage wine club where people share their love of wine . Elsewhere, the Kaiserstuhl in Baden in southern Germany is an extinct volcano and so is Mont Brouilly in Beaujolais. Hungary has many areas of volcanic origin including Sopron west of Budapest and Tokaji in the north-east of the country. The Portuguese and Spanish Atlantic islands are volcanic with Madeira being the most well known and then there’s the Americas with classic volcanic wine areas in Washington, Chile and Argentina.

The following is a selection from some of these regions and hopefully they’ll enable you to make your own view as to whether there’s anything in the theory!

To start with, two wineries from the most active volcano in Europe, Etna. Chiara Vigo of Fattorie Romeo del Castello lost half her vineyards to a lava flow yet still produces fantastically elegant and pure wines from the Nerello Mascalese grape variety with all the freshness and elegance that people love in volcanic wines. You can also find this in the white from the Benanti brothers, an extraordinarily vivacious wine for so far south, a result of the grape variety and altitude as well. The slopes of Vesuvius have been home to grape growing since antiquity and are the source of the excellent Terredora di Paolo wines, the winery formed after the split in the Mastroberardino family which kept all the vineyard sites. The Greco di Tufo gives a big clue as to the origin of the soils here in its name and Lacryma Christi is also from the slopes here, the name coming from the tears that Christ wept at the fall of Lucifer, providing fertile soil for vines. Other volcanoes are available in southern Italy and the slopes of Vulture in Basilicata provide excellent wine from the Aglianico grape. In the north of Italy the Zeni family produce typical Soave Classico with lovely freshness, super floral character and a touch of salinity.

Moving to Germany, the Kaiserstuhl rises from the floor of the Rhine Valley across the border from Colmar in Alsace. From a distance, its volcanic origins are clear and its slopes and side valleys are covered in vineyards from which growers produce some of the best reds in Germany. From Pinot Noir, to Pinot Blanc and Pinot Gris, these are distinctly different in style to those grown in Alsace, having more elegance and freshness. Konrad Salwey produces excellent examples here. In Beaujolais the soils are quite varied, even in the Villages area of the north, and Domaine Jacques Charlet celebrates the origin of their Côte de Brouilly by calling it Les Volcaniques. It is fresh and fruity, elegant, juicy and lively.

To the east of the Mediterranean, the island of Santorini was formed by a volcanic explosion. You’d think it would be impossible to produce a fresh and elegant wine here but the Assyrtiko from the Argyros family has elegance and saline character. Australian producer Peter Barry was so impressed by this grape’s ability to make balanced wines in a hot climate that he took cuttings to plant in the Clare Valley.

In South America, the Andean spine that separates Chile and Argentina is full of volcanoes with Tupungato being one of the best known. The slopes on the Argentinian side are home to many vineyards; Sebastián Zuccardi has set up his modern winery here to get the best out of the varied terroirs. His Apelación Chardonnay has good freshness and balance with elegant, rather than overpowering, fruit and ‘mineral’ character.

In wine circles, having a sense of place is often talked about, and increasingly, the height at which the grapes are grown. Robert Boutflower discovers why altitude is so important to winemakers and consumers alike.

Among the many delights of visiting vineyards is sitting down to lunch with your hosts and really getting to grips with what makes them tick. On a recent trip my host’s enthusiasm for the place was palpable; his face beamed as his arm moved round the horizon before exclaiming. “Altitude!”

Once vineyards reach 500 metres, or more, above sea level they are considered high altitude, so what does this mean? Lower temperature, a degree less per 100m of climb; higher UV exposure to make thicker skins and darker colour; wider diurnal (day/night) temperature range means a more stable growing and ripening time; and more breeze, improving health and restricting moulds and rot. There is also the risk that temperatures get a bit lower, so the cold can restrict ripening, but in general it seems the benefits outweigh the problems.

You’ll notice that the Guerrin family’s Mâcon-Vergisson, from vineyards higher up the steeply sloped Roc de Vergisson, has a finer bead of acidity through it, tending more towards Chablis in flavour than fatter Mâcon-Lugny at the bottom of the slopes. Another white that tastes significantly fresher is Altano Branco, one of a clutch of new-wave whites from the Douro Valley that crucially inhabit the top slopes of the vineyards, where only the breeze mitigates the power of the sun. Mark Dendy-Young meanwhile in South Africa declares that his Trig Beacon Pinot Noir  needs the height of the slopes of Elgin to produce the silky, raspberry flavours he wants you to taste rather than the riper, fuller styles you’ll remember he made at Petite Ferme. Mark’s new challenge has paid off – his wine is delightful. At more than 1000 metres above sea level the Gouguenheim estate is one of the highest in Mendoza, the wines show great concentration and depth.

The wines made from grapes grown at altitude often receive much attention, but what about those from the foothills? Simon Jones looks at some favourites.

You will read elsewhere in this document about the effects of altitude and soils on wines. In the foothills surrounding mountain ranges you get the benefits of both; a halfway house between the extremes of vineyards planted in almost pure rock, with the cooling influence of altitude, and the lush fertile plains below them. Caryl and Jan Panman own the beautiful Rives Blanques estate in the foothills of the Pyrenees. It is named for the nearby Rives Blanques peak which is 2445m high and gets its name from the pale quartz found around the summit. The estate’s vineyards are to be found on a plateau at 350m with the same quartz in the soil as well as pebble-rich sandstone, marl, schist, limestone and quartzite, all originating from the mountains. This diverse soil brings complexity to the wines. On New Zealand’s South Island, Graeme and Gillian Crosbie run the Domain Road estate at Bannockburn in Central Otago. This area was part of the 19th century gold rush and the landscape has been shaped as much by human activity as nature. The miners left clay soils of ancient river beds exposed in the foothills of the mountains, ideal for viticulture. Finally, to Chile where Italian immigrant, don Pedro Pavone Voglino, and his son Félix, founded the Santa Ema estate in 1956. Here in the Maipo valley, their vineyards are found sandwiched between the Andes on one side and the Chilean Coastal range on the other. Their best sites are situated in Maipo Alto Pirque at around 1000m above sea-level on the colluvial soils, a mixed sedimentary soil eroded from the mountains that is more mixed than the alluvial soils found lower in the valley and is ideally suited to red wine production. We hope you enjoy “trekking in the foothills” with these super wines.