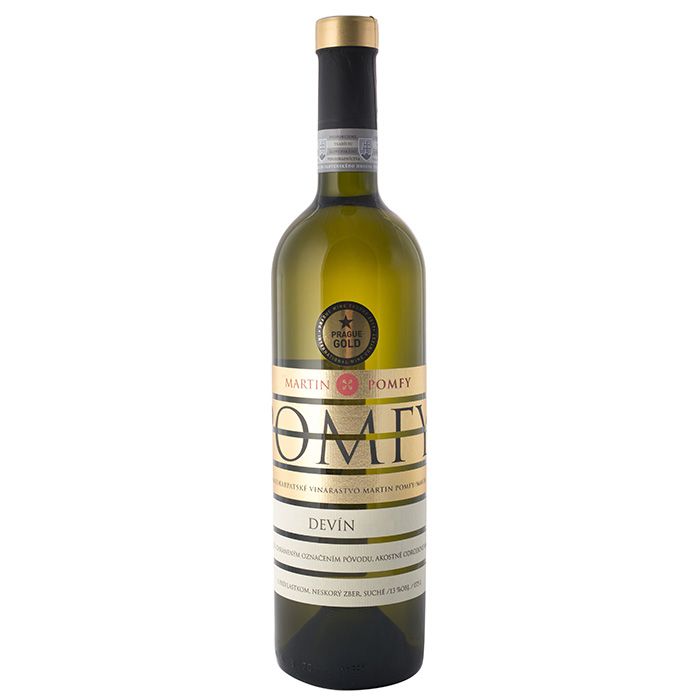 This has flavours of lychees, greengages and kumquat from a variety that is a cross between Traminer and Roter Veltliner. Not as blowsy as Gewürztraminer, it is well balanced and has good length
£15.95 per bottle
Available For Immediate Dispatch
Add to Favourites
download Wine Notes PDF

Winemaking is a tradition in the Pomfy family but there was a hiatus during the years of communism when vineyards were confiscated by the state. After the fall of communism, Martin started making wine on a small scale basis and in 2001 founded his own winery and made the transition to full time winemaking.

Commercial success and accolades in wine competitions followed which encouraged him to focus on quality. Realising that quality starts in the vineyard, he has endeavoured to acquire more vineyards on the slopes of the Little Carpathians above the towns of Vinosady and Pezinok which are just to the north-east of Bratislava. As of 2017, he owns about 10 hectares of vines and is increasing this every year. This area is generally best for white varietals and he grows Rhine Riesling, Welsch Riesling, Grüner Veltliner and the Roter Veltliner/Gewurztraminer cross Devin primarily around the town of Pezinok. Further to the east he buys mostly Cabernet Sauvignon, Merlot and Pinot Noir grapes from 20 hectares in the Strekov area, mainly around the village of Ruban, which is better for reds. To date the wines have been made in cramped cellars in Vinosady: tanks and oak for the whites, large and small oak barrels for the reds. A new warehouse is being built with plans to further extend this and to move out of the rented underground cellars which currently form the basis of the winery. Martin is a restless, innovative grower, constantly looking to do new things with different varietals. His range is large, but you will taste more new and different wines during a morning at the winery than in a year of tasting elsewhere. Alibernet, Dunaj or oak aged Orange Wine from Riesling, it’s all here.

We always do our very best to achieve our stated delivery times but please note we can not be responsible for circumstances beyond Tanners control including, but not limited to, adverse weather conditions and supplier and carrier difficulties.

You should allow up to an additional 5 working days over standard delivery for delivery to these areas.